Be Careful When You Counsel

Counseling congregation members seems to go hand in hand with being a pastor or a minister.  Chances are you as a leader have engaged in multiple counseling sessions, whether formal or informal, with a number of the members in your church.  Counseling in the professional context is a heavily regulated field and carries a lot of liability.  If you are engaging in pastoral counseling, keep these two issues in mind to help protect you from potential lawsuits.

A common issue for ministers (who are not licensed therapists or practitioners) is privacy.  Counselors and their churches can be sued if they intentionally or even inadvertently disclose confidential information to any third party (including spouses and other ministry leaders).

This can occur not only if the counselor directly provides this information to someone else, but also if the counselor’s notes are accessible to church staff.  Therefore, it is important to have a discussion with your counseling to ensure that they maintain the strict confidentiality of any information shared with them.

The exception to this restriction is in the case of reporting of child abuse.  A legal duty to report known or reasonably suspected cases of child abuse generally overrides concerns regarding confidentiality.  It is also important that you obtain a copy of your state’s statutes regarding child abuse reporting and ensure that all counselors are aware of their reporting obligations.  These statutes are updated frequently, so new copies should be obtained annually.

A claim for clergy malpractice generally pertains to negligent “pastoral counseling and is based on the alleged wrongful conduct or advice of the clergy member in causing the situation presented for counseling to deteriorate further.” [1]  In the case of Nally v. Grace Community Church of the Valley[2] the decedent’s parents filed a wrongful death action against a Protestant church and four of its pastors, asserting clergy malpractice.

Defendants were accused of negligence and outrageous conduct for failure to prevent the decedent’s suicide.  The deceased had a history of emotional problems, which he experienced between 1974 and 1979.   During that period, he was active in a myriad of activities and ministries sponsored by his church.

Furthermore, during the period that the decedent was associated with the church, he experienced personal and family difficulties that necessitated pastoral counseling, secular therapy, and physical examinations by medical doctors.

Prior to the decedent committing suicide by shooting himself in the head with a shotgun, he had participated in at least five pastoral counseling sessions and had attempted to commit suicide by consuming an overdose of an antidepressant drug prescribed by a medical doctor.  Although the decedent indicated his desire to take his own life on more than one occasion, the church clerics who were involved in pastoral or spiritual counseling did not refer decedent to a psychiatrist initially.

Asha Wilkerson is the founder of The Wilkerson Law Office.  She is also the author of Employment Law for Church Leaders. Ms. Wilkerson provides skilled advice and counsel to for-profit, non-profit, and faith-based organizations in the areas of business and employment law.  The mission of The Wilkerson Law Office, is to preserve the longevity of your business by ensuring that every aspect of your organization is legally sound and operating in compliance with state and federal law.

Stay up to date with the latest laws & regulations that affect churches & faith-based organizations. Subscribe to receive the latest news and updates 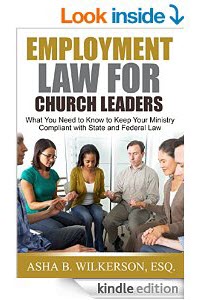 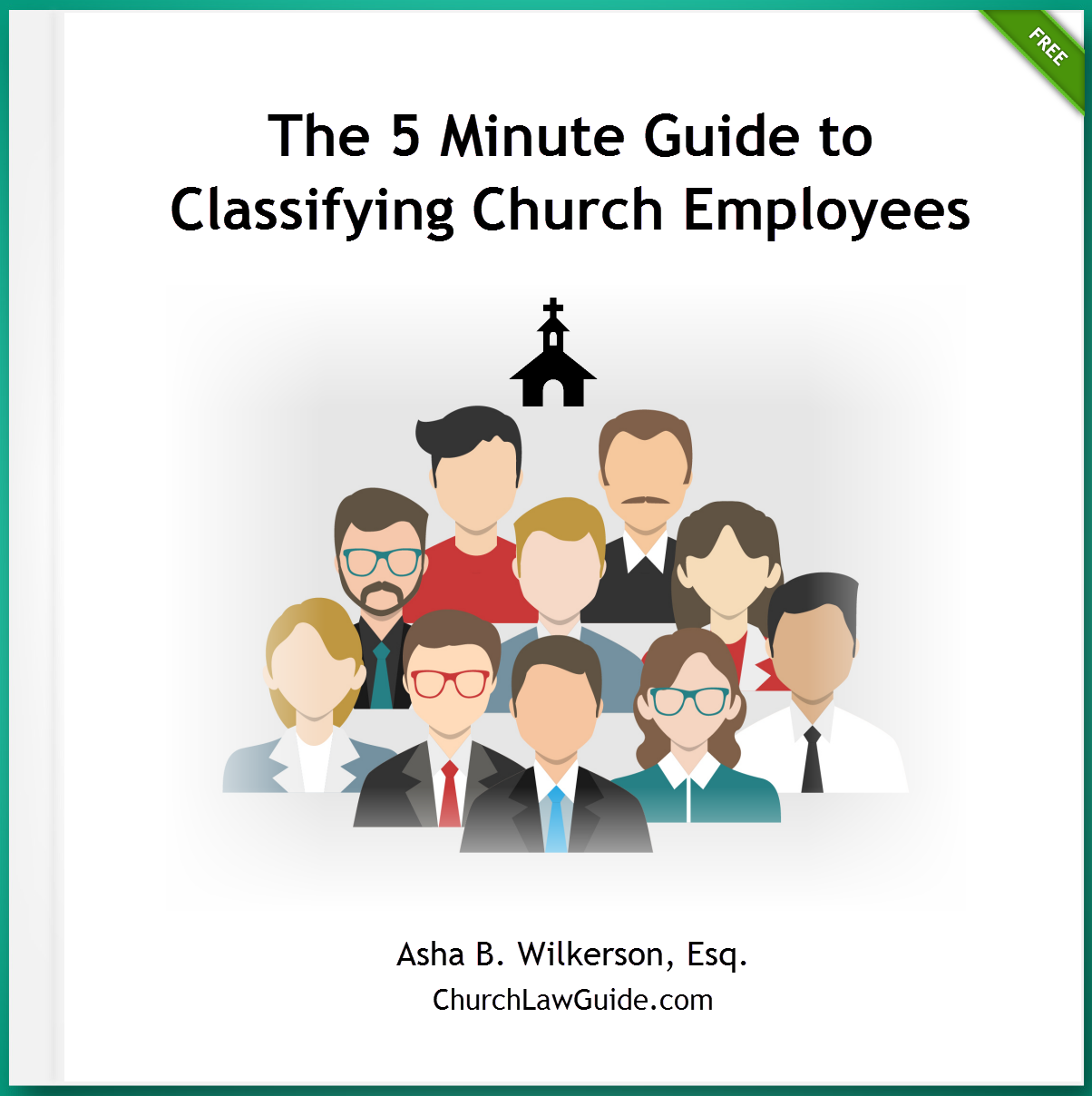 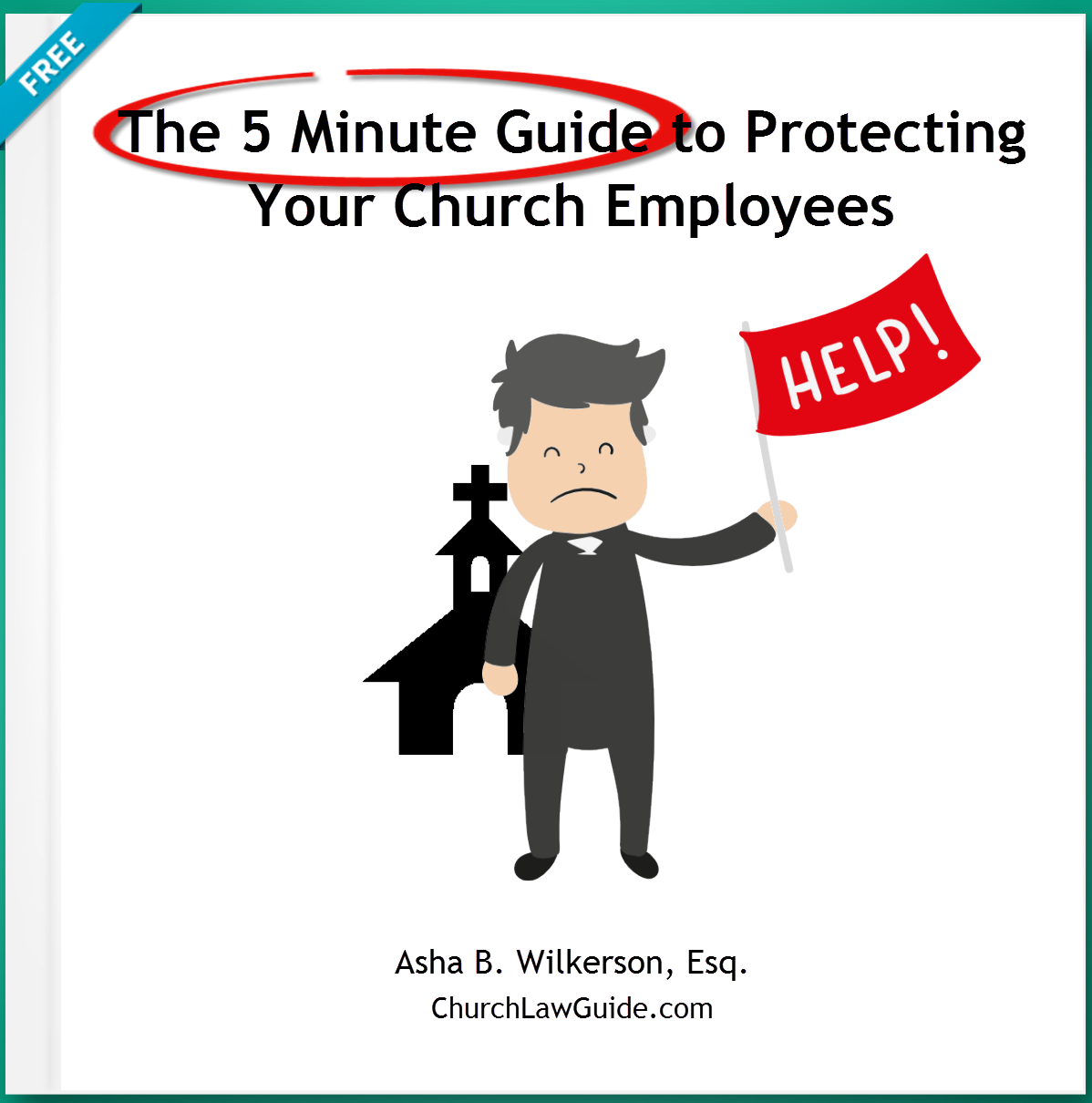 ×
Stay Up To Date With The Latest Laws & Regulations That Affect Churches & Faith-Based Organizations
Join Our Inner Circle: Sign up today to receive the latest news and updates